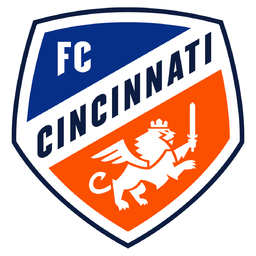 FC Cincinnati jobs
Sports Jobs in Milford · OH
Player Operations: Player Relations Liaison/Management
Apply now
Job Title: MLS 2 Team Administrator
Department: Soccer Operations
Reports to: Director of Soccer Operations
About FC Cincinnati and TQL Stadium
FC Cincinnati is a professional soccer team that plays in Major League Soccer, having entered the league as its 24th team in 2019. The club’s wide and diverse ownership group is led by controlling owner Carl H. Lindner III; as well as managing owners Meg Whitman and Dr. Griff Harsh; Scott Farmer; and George Joseph. Originally founded in 2015 by Lindner III and current president Jeff Berding, FCC began play in the United Soccer League (USL) in 2016. The club won the 2018 USL Regular-Season Championship in record-setting fashion and earned postseason berths in all three of its USL seasons. In 2017, FC Cincinnati also advanced to the semifinals of the Lamar Hunt U.S. Open Cup, a run that included victories over two MLS squads.
TQL Stadium, home of FC Cincinnati, is one of the most ambitious soccer-specific stadiums in not only North America, but the world. Critically acclaimed firm Populous designed an innovative and forward-thinking stadium that will be one of the largest soccer-specific facilities in Major League Soccer. The $250 million, privately funded stadium will have a 26,000 capacity, with the closest seats within 15 feet of the field. The design includes 53 traditional suites and 4,500 premium seats throughout four premium club spaces. Additionally, the team’s famous supporters’ section, The Bailey, will grow to be more than 3,100 strong and loom over opponents at a 34-degree angle at the stadium’s north end. A 360-degree canopy roof covers every seat in the stadium, but still allows sufficient sun in to grow a natural grass field. The stadium has five team locker rooms, including a comprehensive team suite for FC Cincinnati that features a dressing room, coach’s offices, lounge, equipment storage and the Mercy Health Center of Excellence for the team’s medical and game day fitness needs. TQL Stadium meets all current requirements to host CONCACAF and FIFA events, featuring top national teams from around the world, including the U.S. Men’s and Women’s National Teams, as well as the world’s top club teams for friendlies.
The team also opened the state-of-the-art Mercy Health Training Center (MHTC) in Milford, Ohio. Designed by MSA Sport, the $30 million, 24-acre facility includes three full-size, lighted soccer fields – including two stabilized natural grass surfaces and one synthetic turf surface – as well as a goalkeeper-specific training area.  The MLS team is housed in a 30,000 sq. ft., multilevel building abutting the fields, while the FCC Academy teams utilize a separate 4,000 sq. ft. wing of the building. Additionally, there is a 3,000 sq. ft. maintenance facility on the property.  In the design process, the MSA Sport design team benchmarked training grounds across the world, including the best in Europe, South America and Asia. The goal of the design meets the original goal to develop one of the premier and most progressive team facilities in Major League Soccer and North America
Job Summary
Major League Soccer is launching a new league in 2022, MLS2.  The purpose of this league is to provide an optimal environment to produce the next generation of top players for our Clubs, the US and Canadian national teams. MLS2 will follow the same competition and timing format of MLS.

The MLS 2 Team Administrator will manage all aspects of team administration and team travel logistics.  This role will work directly with the Director of Soccer Operations and be focused on the MLS 2 team.  An important function of this role will be the on boarding of all players as they arrive in Cincinnati, OH.  The MLS 2 Team Administrator will be the primary contact for all player related team services.

General Duties & Responsibilities
Specific Duties
Qualifications
FC Cincinnati is an equal opportunity employer and all qualified applicants will receive consideration for employment without regard to race, color, religion, sex, national origin, disability status, protected veteran status, or any other characteristic protected by law.