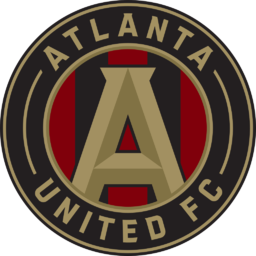 AMB Sports & Entertainment, LLC jobs
Sports Jobs in MARIETTA · GA
Internship: Internship
Apply now
*In order to be considered for this role, after clicking "apply now" above and being redirected, you must fully complete the application process on the follow-up screen. *

We are an equal opportunity employer and all qualified applicants will receive consideration for employment without regard to race, color, religion, sex, national origin, disability status, protected veteran status, or any other characteristic protected by law.

About Atlanta United FC
Atlanta United joined Major League Soccer in 2017 and won the 2018 MLS Cup in just its second season of existence, the earliest an expansion team has won the title since 1998. During its inaugural season, Atlanta became just the fourth team in league history to qualify for MLS Cup Playoffs in its first year. The club has set multiple league records including season tickets sales (36,000-plus), single-game attendance (72,243), single-season average (53,002) and total home attendance (901,033). Owned by one of the city’s most influential businessmen and philanthropists, Arthur M. Blank, and led by club President Darren Eales, Atlanta United plays its home matches at Mercedes-Benz Stadium. For more information about Atlanta United, including how to purchase season tickets, visit: www.atlutd.com, and follow @ATLUTD.
About Atlanta United FC Academy
Officially launched in 2016 prior to its first season in MLS, the Atlanta United Academy program aims to be the leading platform of youth soccer development in the Southeast and currently competes in the U.S. Soccer Development Academy program. The ATL UTD Academy consists of teams in age groups U-12, U-13, U-14, U-15, U-16, U-17 and U-19. Shared with the first team, the Academy trains and competes out of the Children’s Healthcare of Atlanta Training Ground.
About Atlanta United II (USL)
ATL UTD 2 is owned and operated by AMB Sports & Entertainment and is the United Soccer League Championship (USL Championship) affiliate of Major League Soccer’s Atlanta United. ATL UTD 2 joined USL for its expansion 2018 season and plays its 2019 home matches at Fifth Third Bank Stadium in Kennesaw, Georgia.
About Atlanta United Regional Development School
The Atlanta United Regional Development School (RDS) is a tryout-based program focused on creating high level training environments to push and challenge advanced level players. A pre-academy feeder system, RDS is the first step on the development pathway for Atlanta United players.
About AMB Sports + Entertainment Group
AMB Sports & Entertainment Group is a subsidiary of AMB Group, LLC, and is comprised of the Atlanta Falcons Football Club, LLC, Atlanta’s Major League Soccer team, Atlanta United FC, and the new Mercedes-Benz Stadium.
Who we are
We use our core values as a compass to guide our decisions because they are our North Star.  If we live our core values daily, we know everything else will take care of itself.  We enjoy a culture rooted in giving back to others through our time, talents, labor, and financial commitment.  We are successful when we collaborate with and value each other like family, maintain a hunger to delight guests and continuously innovate, listen closely for even the smallest need for improvement, stand up for convictions, and genuinely own our responsibilities as if our name is on the outside of the building.
Our Ideal Candidates
Position Summary
The Atlanta United Communications Assistant will be joining a five-person staff and will be involved in the day-to-day operations of the sports communications department for Atlanta United and ATL UTD 2. Typical duties will involve coordinating media interviews, writing of official club communications, providing on-site support for all club matches and compiling club press clippings. This is a part-time position that will have variable working hours to include evening, weekend, and/or holiday hours.

Which Signature Services area will enjoy the Lombardi Trophy for the next Falcons game?

Falcons vs. Dallas 11/18: Harrah’s Cherokee – From the time gates open through halftime.

Falcons vs. Baltimore 12/2: Mercedes Benz Club – From the time gates open through halftime.

Falcons vs. Arizona 12/16: Delta Sky 360 Club – From the time gates open through halftime.

Mercedes-Benz Stadium is unveiling a new craft beer exclusively brewed for MBS in partnership with a local brewery. The beer will be featured on draft in concession stands throughout the stadium. This high-quality craft offering will sell at the domestic draft price, $5 for a 12 oz. draft and $7 for a 20oz. furthering our commitment to finding innovative ways to respond to our fans. More details on name and brand identity will be available in the coming weeks.

AFFORDABLE PRICING ON FOOD AND BEVERAGE THAT IS COMPARABLE TO THE PRICING AT LOCAL RESTAURANTS OR CONVENIENT STORES; AND CONSISTENT PRICES THAT DO NOT RISE FOR ANY EVENT, INCLUDING THE SUPER BOWL, NCAA FINAL FOUR, CONCERTS OR COLLEGE FOOTBALL GAMES.

HOLISTIC DESIGN ALLOWS FOR CORE PRODUCTS, RESTAURANT PARTNERS AND SPECIALTY CARTS TO BE ACCESSED ON EVERY LEVEL; 1,264 BEER TAPS ALLOWS FOR MORE BEER OFFERINGS ON TAP THROUGHOUT MBS. STADIUM ENGINEERED END-TO-END TO ELIMINATE RUNNING OUT OF ANY FOOD PRODUCTS THROUGHOUT THE STADIUM.

CHEF IN EVERY STAND; 53 PERCENT OF STANDS HAVE COOKING CAPACITY AS COMPARED TO ONLY 27 PERCENT IN 2016; MENUS DESIGNED FOR QUICKER DECISION-MAKING; PARTNERS OPERATING THEIR OWN STANDS TO ENSURE QUALITY OF THEIR FOOD AND GUEST SERVICE.

As we continue to receive your feedback, here are a few of the benefits and events planned for 2019.

You will continue to receive access to key benefits: Discounts at NFLShop.com and our Team Stores at Mercedes-Benz Stadium & Atlantic Station, Access to NFL Redzone on Mobile and NFL GamePass.

With the new auto-enrollment plan, all season ticket members will receive an additional discount on their playoff tickets if we were to host a 2019 Playoff game.

We want to save you the trouble of having to remember details for future payments. Starting in 2018, all accounts will be automatically charged for regular season and any home playoff games, including season ticket renewals and playoffs for all subsequent seasons. Note: playoff games will only be charged on a pay-as-we-play basis. We will process payments using the same information provided for this year’s season ticket payment. Notification of charges will be sent to you at least 30 days prior to a payment being processed. Feel free to notify us at any time to remove your account from the auto-enrollment plan.

Thank you for being part of an amazing opening season. You created some amazing energy that supported the team on the field and impacted our games at Mercedes-Benz Stadium.

Provide your feedback, learn about key benefits on the horizon and add upcoming payment dates to your calendar all from this Signature Services hub.

With local influences and fan input, we have reimagined the food & beverage experience.

This is just a taste of our wide variety of offerings. Click below to view the entire lineup.

• Chef in every stand; 53 percent of stands have cooking capacity as compared to only 27 percent in 2016; menus designed for quicker decision-making; partners operating their own stands to ensure quality of their food and guest service.

• Affordable pricing on food and beverage that is comparable to the pricing at local restaurants or convenient stores; and consistent prices that do not rise for any event, including the Super Bowl, NCAA Final Four, concerts or college football games.

• Holistic design allows for core products, restaurant partners and specialty carts to be accessed on every level; 1,264 beer taps allow for more beer offerings on tap throughout MBS. Stadium engineered end-to-end to eliminate running out of any food products throughout the stadium.