SEE YOURSELF IN PANTHERS TERRITORY

Joining the NHL in 1993, the Florida Panthers have called South Florida home for the last 25 years. From the early years at Miami Arena to the action at FLA Live Arena today, a number of Hockey Hall of Famers have donned the Panthers crest and colors including Ed Belfour and “The Russian Rocket” Pavel Bure as well as future Hall of Famers Roberto Luongo and Jaromir Jagr.

With General Manager Bill Zito at the helm, it’s a new era of hockey in South Florida. The Florida Panthers talented All-Star core of Captain Aleksander Barkov, forward Jonathan Huberdeau and defenseman Aaron Ekblad lead the way on the ice as they continue their quest for the Stanley Cup.

Hover over our pictures to reveal what CATS means to us. 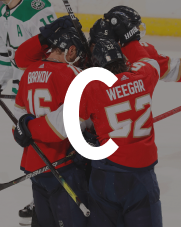 Cultivate "one fan at a time". Respect our Panthers members and be detail-oriented at all times. 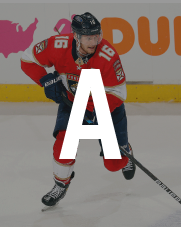 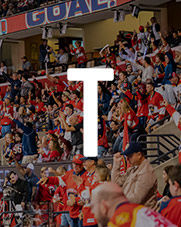 Listen first, do what you say, and honor all commitments. Be transparent and honest in communications at all levels. 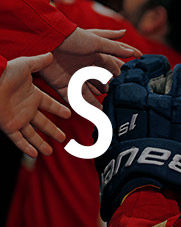 One standard of excellence in everything we do.

"We compete relentlessly on and off the ice and enrich the lives of the Florida Panther community through exciting events and exemplary service."
- Florida Panthers Mission Statement

We are an equal opportunity employer and all qualified applicants will receive consideration for employment without regard to race, color, religion, creed, gender, gender identity or expression, age, national origin or ancestry, citizenship, disability, sexual orientation, marital status, pregnancy, veteran status, membership in the uniformed services, genetic information, or any other basis protected by applicable law. 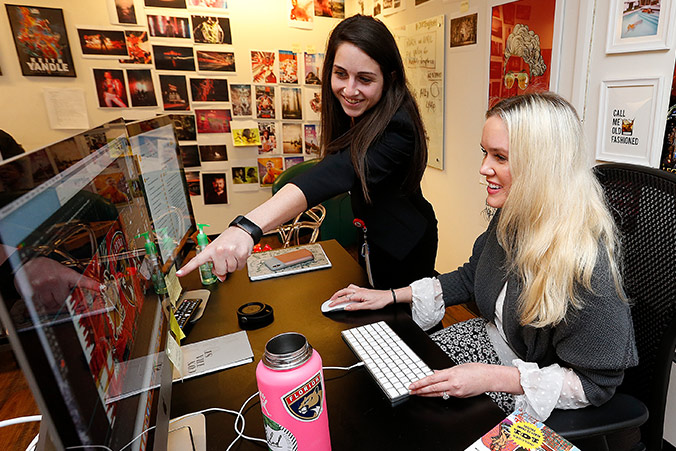 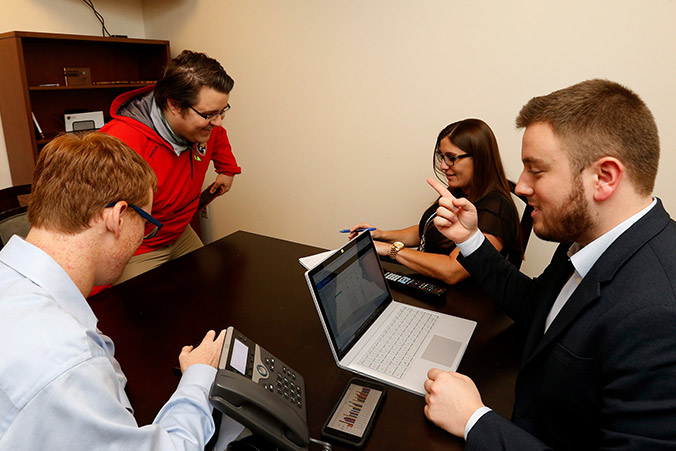 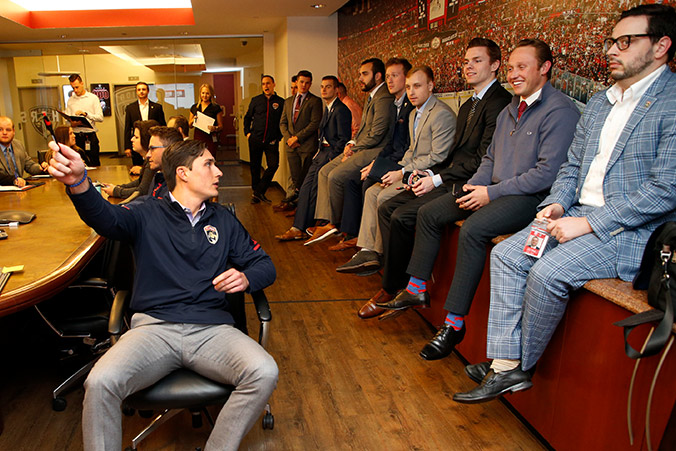 We are committed to offering a comprehensive benefits package to keep team members and their families happy and healthy. Our programs are designed with their wellness as our priority, while keeping their costs down.

One Floating Holidays Per Year

Discounted tickets for select concerts/shows at the FLA Live Arena 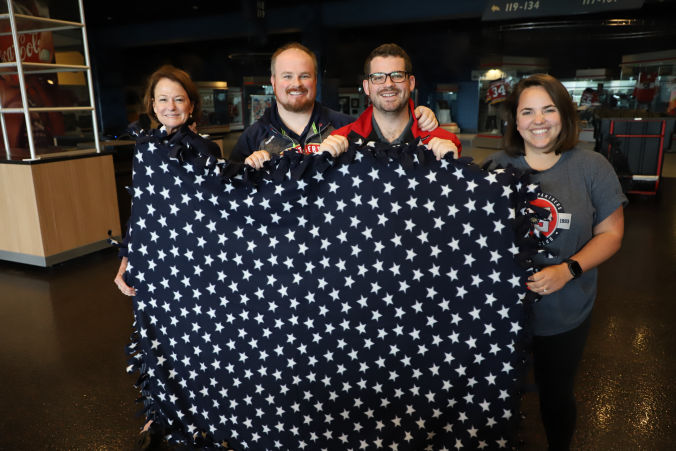 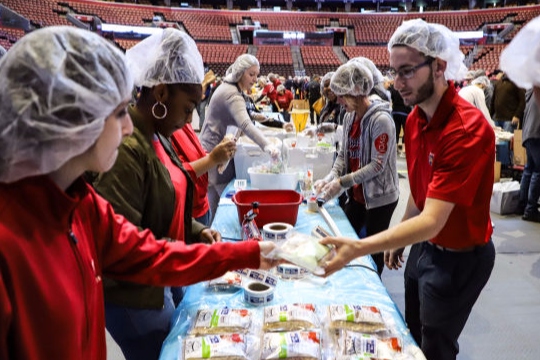 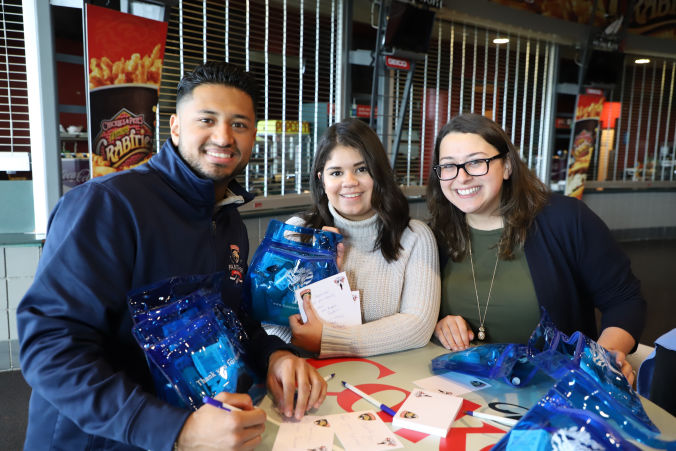 One of the top priorities for the Florida Panthers organization is making a positive philanthropic impact on the South Florida community.

The main goal is to provide children and young adults with the education and tools necessary to becomes successful citizens and ambassadors of our community and to create the next generation of Florida Panther fans, employees, players, etc.

The organization supports four main issues including children’s health and education, honoring our veterans, growing the game of hockey and raising awareness about the endangered Florida panther. We do so through various community programs and initiatives as well as through the Florida Panthers Foundation which financially supports local nonprofit organizations.

Employees are given the opportunity to get involved by participating in volunteer events including beach clean-ups, reading in schools, making care packages for veterans and more.

Click here to learn more about the Panthers community involvement. 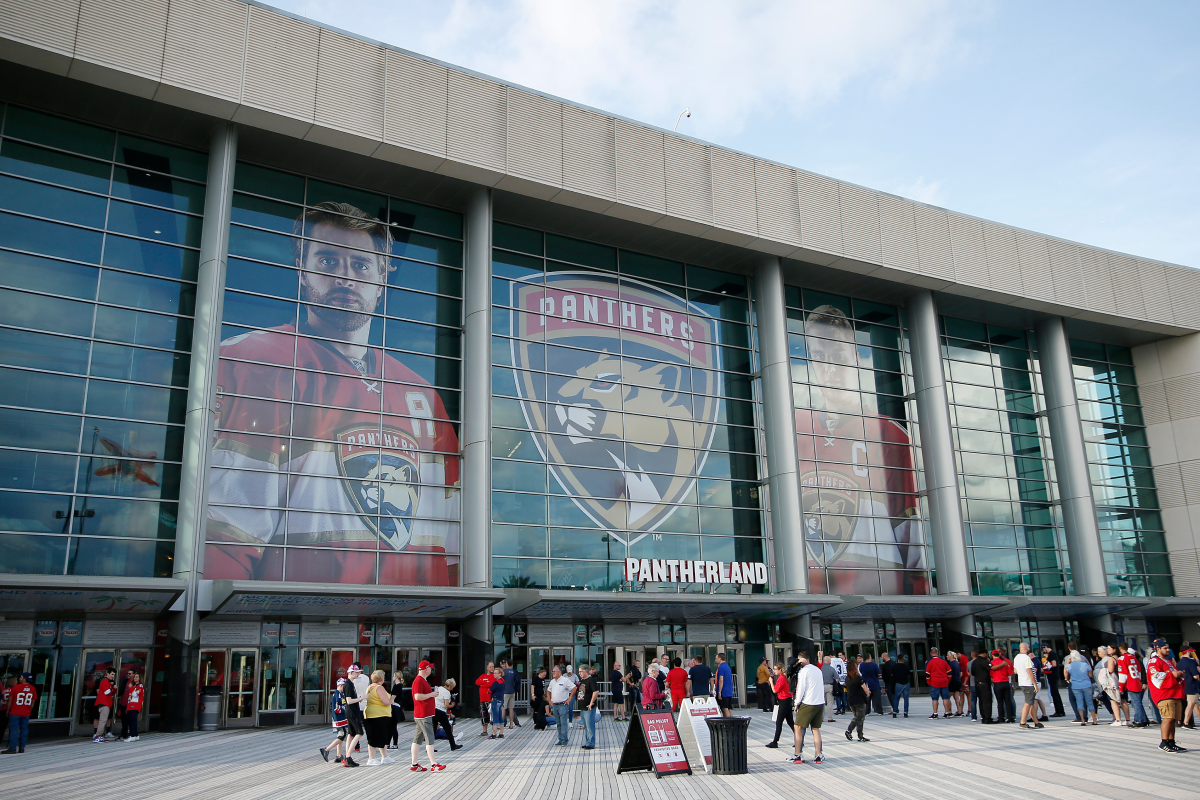 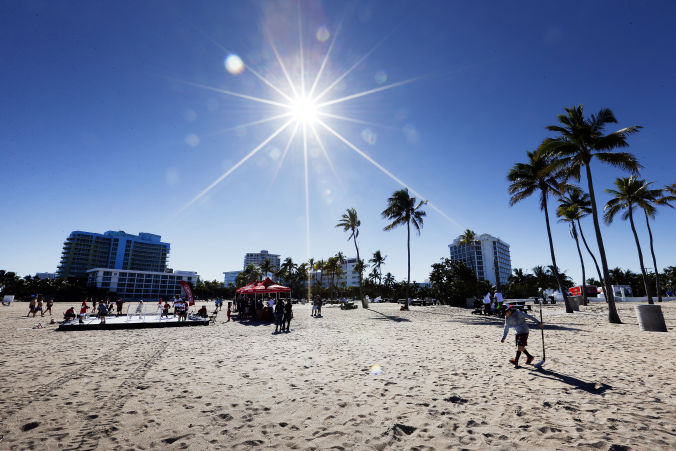 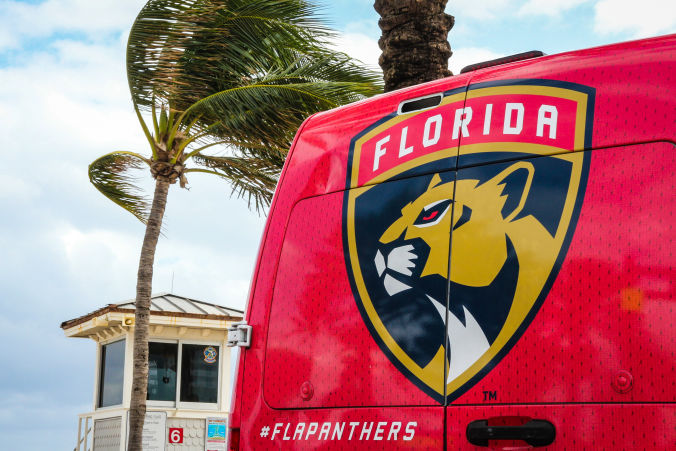 The Florida Panthers play home games at FLA Live Arena in Sunrise, Florida, a town just west of Ft. Lauderdale and just north of Miami. A part of Broward County, Sunrise is conveniently located at the center of Miami-Dade, Broward and Palm Beach counties, making it a centralized location within reach of some of the best beaches, shopping locales and award-winning dining experiences Florida has to offer.
Broward County is also home to the Sawgrass Mills Mall, the 7th largest mall in the US and the largest single-story mall in the United States. Easily accessible via 595, 75, 95 and the Sawgrass Expressway, FLA Live Arena is the most notable sports and entertainment venue in South Florida and among the best in the world, with more than two million customers entering its doors. The arena hosts more than 200 events annually including Florida Panthers hockey.
Broward County is one of the three counties in South Florida that make up the Miami metropolitan area, which was home to an estimated 6,158,824 people in 2017.[7]
The county is home to 31 municipalities, which consist of 24 incorporated cities and many unincorporated areas. It is also Florida's seventh-largest county in terms of land area, with 1,322.8 square miles (3,426 km2). Broward County's urbanized area occupies 427.8 square miles of land. The largest portion of the county is the Conservation Area that extends west to border Collier County. The conservation area is 796.9 square miles and consists of wetlands, much of which are part of the Everglades National Park. At its widest points, the County stretches approximately 50.3 miles east to west and approximately 27.4 miles from north to south, averaging 5 to 25 feet in elevation.

Please check out our Teamwork Online Page for the latest job listings from the Florida Panthers and FLA Live Arena. To see the latest openings, click HERE. Be sure to sign up for alerts when new job openings become available.