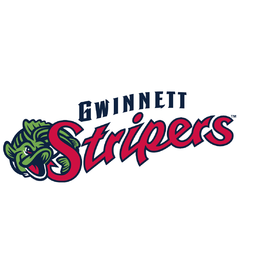 
Reports to: Marketing Manager
We are looking for energetic and fast individuals to race in our Cutwater Spirits™ Beat The Fridge Race at Coolray Field this season. Debuted in 2019, the Beat The Fridge Race introduced the fastest appliance on earth as he raced against Stripers fans around the outfield warning track at Coolray Field. After The Fridge lumbered slowly to a small lead during a five-second head start, his challenger was set loose and quickly passed him by. As the challenger got cocky, however, The Fridge suddenly turned on the jets, displaying amazing catch-up speed as he usually coasted to improbable victory, cooling opponents as he sprinted by.


Videos of The Fridge went viral on social media in 2019, with the most popular video amassing more than 16,800,000 views across all channels (see for yourself here: youtube.com/watch?v=K5ryOO0wVVM). National media attention followed, as The Fridge was featured by ESPN, Sports Illustrated, CBS Sports, USA Today, Runner’s World, and others. At season’s end, the Beat The Fridge Race won two prestigious accolades from Minor League Baseball: the Golden Bobblehead Award for “Best In-Game Promotion or Event” and a MiLBY Award for “Best In-Game Fun.” It is essential for this position to possess an outgoing personality and maintain an upbeat attitude. This position is one that is expected to promote Stripers baseball and Cutwater Spirits with enthusiasm and zeal in an impactful way.