JOIN A TEAM THAT SHOOTS FOR HISTORY

THANK YOU FOR VISITING

Thank you for visiting Warriors Careers! We appreciate your interest in the Golden State Warriors, Chase Center, Santa Cruz Warriors, Golden Guardians, and the Warriors Gaming Squad. It is an exciting time in our history as we break ground, in every sense. We are always looking for extraordinary people to share our journey and create new pathways. If you want a rewarding experience and the opportunity to learn from one of sport's and entertainment's best, join our growing team today!

"This is one organization. That's the secret. One organization. We know we're in it together. In one cohesive vision, one set of strategies and tactics. That's why I think we've been successful."


The Golden State Warriors, the Bay Area's basketball team, have become a unifying source of pride since we moved west more than 50 years ago. Hall of Famers such as Wilt Chamberlain, Nate Thurmond, Chris Mullin and Rick Barry have all proudly worn the Warriors uniform, along with All Stars Stephen Curry, Klay Thompson and Draymond Green. In 2015, our franchise won its fifth NBA Championship. The Warriors remain one of the NBA's elite teams and have been recognized as one of the top organizations in all of professional sports, including winning the 2014 and 2016 Sports Business Team of the Year Award and Franchise of the Decade from the Sports Business Journal/Daily.

It takes more than the players on the court to bring games to our fans. Behind the roster and coaching staff is a collection of hard-working individuals, striving for greatness off the court. We consider our employees to be team members, and refer to them as such. We are more than just a company or a basketball team - the work we do is impactful. We exemplify the unique spirit of the Bay Area as innovators both on and off the court. We are one organization with one purpose, chasing history one goal at a time. Become a member of our team today!

WHAT WE STAND FOR

WHERE WE COME FROM

As a charter member of the NBA, the Warriors have served as a model of innovation and success in professional sports. We pride ourselves on providing a premier sporting and entertainment experience as unique as the area we call home. Our storied history includes six of the NBA's 50 Greatest Players and 27 members of Naismith Memorial Basketball Hall of Fame including legendary players such as Paul Arizin, Rick Barry, Wilt Chamberlain, Chris Mullin and Nate Thurmond. We have reached ten NBA Finals and have six NBA titles during our 75 years in the league. Take a scroll through our past!

CHASE CENTER AND BEYOND

"We have been looking forward to this day since we first had the vision of building a privately financed state-of-the-art sports and entertainment complex in San Francisco and are excited for what this will bring to the city of San Francisco and the entire Bay Area community. Chase Center and the surrounding area will serve as a destination for the entire community and we will continue to work to make sure it is the best experience possible for everyone to enjoy NBA basketball, concerts, family shows, conventions and more."

This award-winning and record-breaking franchise looks to the future of both its teams and its business to continue to dazzle spectators, fans, and the world - just as it's done since 1946.

The Golden State Warriors and GSW Arena LLC officially broke ground January 17, 2017 for Chase Center, a state-of-the-art sports and entertainment complex to be built in San Francisco's Mission Bay neighborhood. After two years spent participating in a public planning process, construction began and Chase Center was scheduled to open for the start of the 2019-20 NBA season.

In September 2019, Chase Center opened to sold-out crowds, rave reviews, and well-managed traffic. It has since hosted a variety of events, including concerts, family shows and conventions, in addition to Warriors basketball. The 18,000-seat Chase Center anchors a district of 11 acres of restaurants, cafes, offices, public plazas and other amenities to serve the Mission Bay neighborhood. Chase Center is located on a major Muni Metro rail line with easy links to BART and other transit options. Chase Center is currently the only privately financed facility of its kind built on private property in the modern era of professional sports.

Click Here for the latest information about the Chase Center 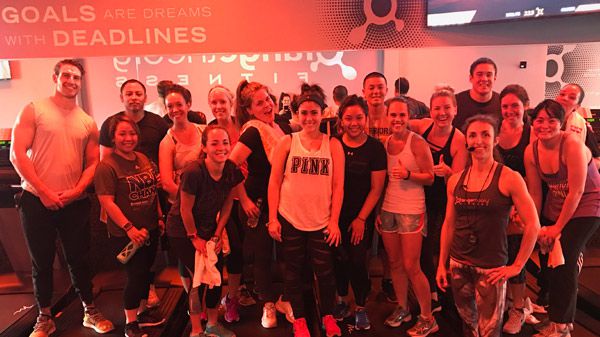 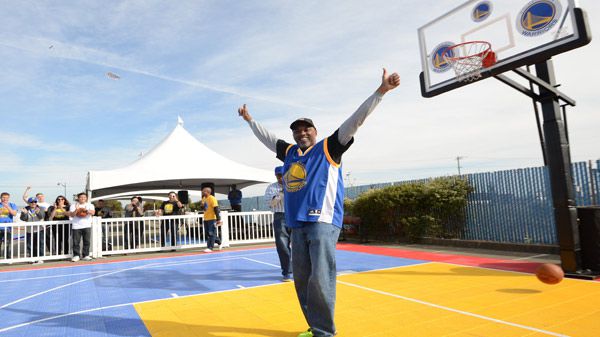 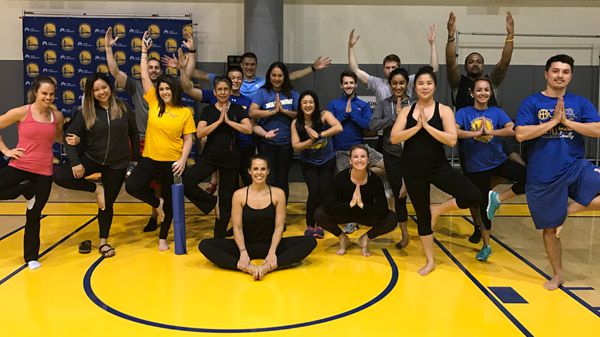 We are committed to offering a comprehensive benefits package to keep eligible team members and their families happy and healthy. Our programs are designed with their wellness as our priority, while keeping their costs down. 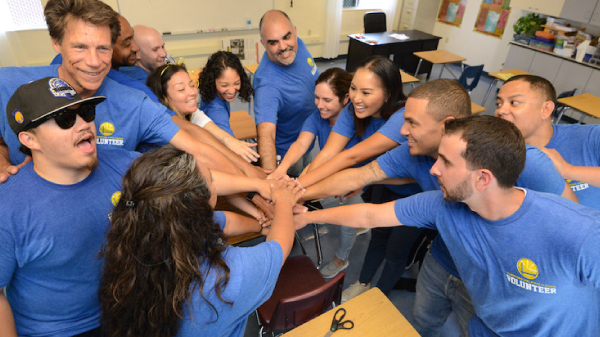 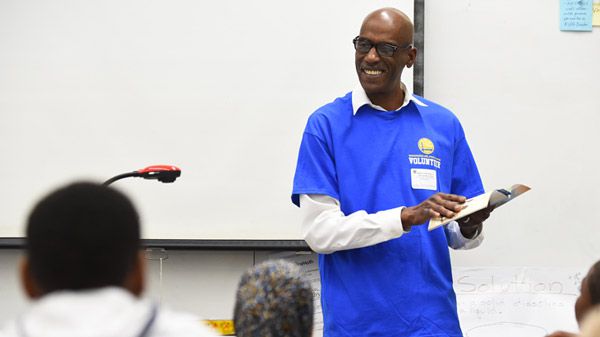 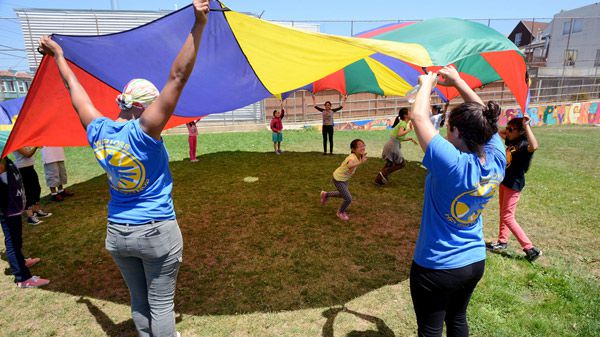 The Warriors are committed to taking an active interest in the well-being of our community and to be great corporate citizens. We strive to develop life-long fans of the game of basketball through cause-marketing programs and initiatives. We are dedicated to improving the quality of life for those that are underserved through programs focused on education, health & fitness, and social responsibility.

Click Here to learn more about the Warriors community involvement. 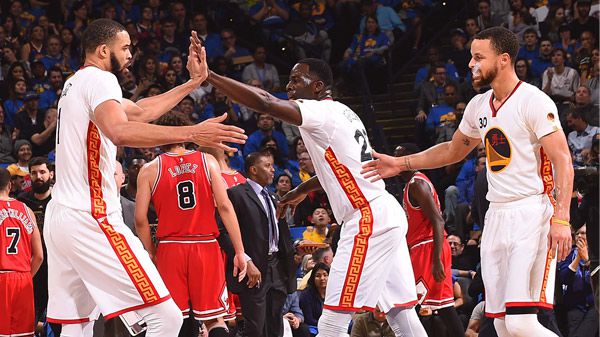 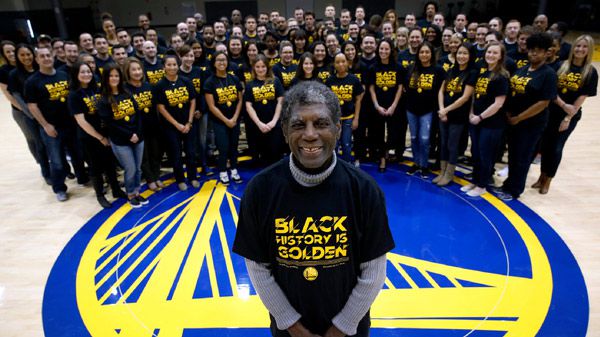 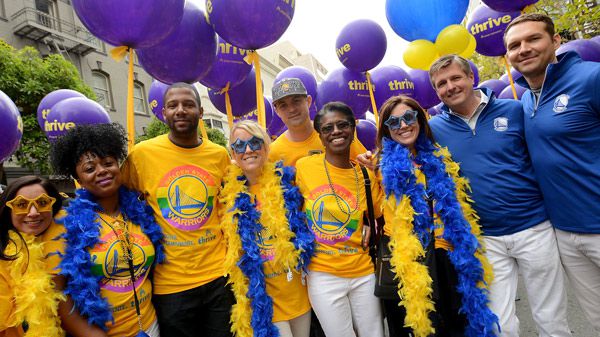 Diversity is in our DNA - it makes us who we are and empowers us to serve our surrounding community. We honor the melting pot of backgrounds that form the Bay Area by celebrating and integrating it into our culture. Whether that be through one of our many heritage nights (Filipino, Irish, Asian, Latino, Polynesian, Jewish, and African American just to name a few!), or through the variety of people and perspectives we hire and retain at all levels of the organization. There is strength in numbers, and strength in diversity.

The Golden State Warriors are committed to diversity, equity and inclusion, and believe our individual experiences, backgrounds and perspectives help drive innovation and create an environment of empowerment. We believe in strength in numbers - on the court and off the court - fostering a culture where every person is valued and heard, to build a more inclusive and open community for all. 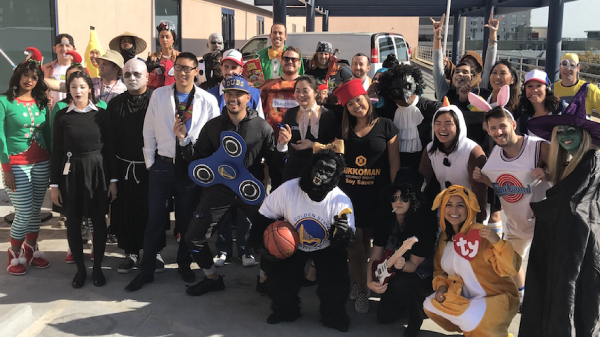 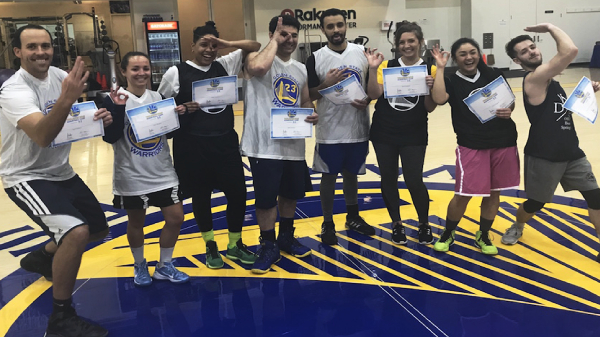 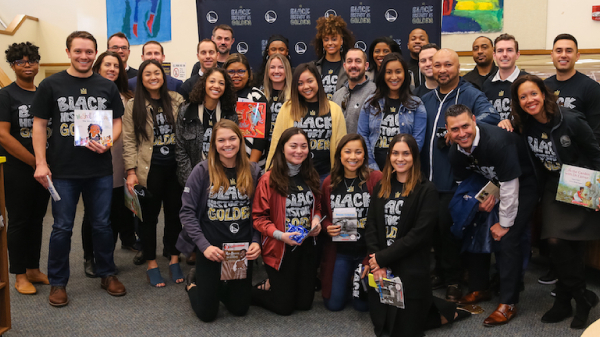 Are you interested in working with the Golden State Warriors, Chase Center, Santa Cruz Warriors, Golden Guardians, and the Warriors Gaming Squad? Click on the careers button to see all of the open positions at our organization.