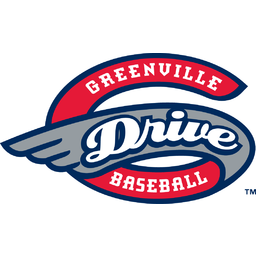 Greenville Drive LLC jobs
Sports Jobs in Greenville · SC
Internship: Internship
Apply now
Greenville Drive Organization Overview
The Greenville Drive relocated to Greenville, SC in 2005 and had its first season in Greenville’s West End stadium in 2006. The team is the High Class-A affiliate of the Boston Red Sox and a member of Minor League Baseball’s High-A East League. The Drive’s Red Sox affiliation has been in place since 2008. Before the team relocated to Greenville, the team played in Columbia, SC and were known as the Capital City Bombers. The Drive play at Fluor Field in Downtown Greenville – a mini replica of iconic Fenway Park – complete with its own “Green Monster” and manual scoreboard in left field.


In its inaugural season in 2006, the Drive received Ballpark of the Year recognition, beating out all other newly constructed stadiums across minor league and professional sports. In 2008, the Drive’s stadium was officially renamed “Fluor Field” after the Drive announced a naming rights agreement with Fluor Corporation – a global leader in engineering & construction. Each year Fluor Field hosts 66 Greenville Drive baseball games and 20-25 amateur baseball games. In addition, under the year-round West End Events brand, Fluor Field hosts our community’s highest profile events including Artisphere, Euphoria, Imagine Upstate, and many others. The Drive’s contributions to Minor League Baseball and, more specifically, the Greenville community was recognized by being awarded the John H. Johnson Award in November 2017. This award is considered the highest organizational achievement in Minor League Baseball and is given on an annual basis to 1 out of 120 teams that demonstrates a commitment to the community, operational excellence, and overall franchise stability.


For over 13 years, the Greenville Drive has created a highly visible and widely embraced community engagement platform at Fluor Field, reaching over 1 million ballpark guests and digital followers across the Upstate of South Carolina each year. This broad-reaching platform provides the Drive the opportunity to position itself as a community entity that businesses and community organizations alike can utilize to achieve critical tangible & intangible objectives. Working closely with the leading corporations, associations and community-based organizations that shape the quality of life in the Upstate, the Drive has formed strategic partnerships that positively impact a variety of critical initiatives. From Education to Entrepreneurism, from Youth Leadership to Healthy Living, and from Regionalism to Workforce Development, the Drive has creatively and continuously leveraged the community engagement platform that is Fluor Field to positively impact these and other key quality of life drivers.


Furthermore, West End Events is a department within the Greenville Drive that is charged with managing and executing first-class events, mostly on non-game days. Fluor Field is the home to numerous venues that are capable of hosting events from 10 guests to as many as 7,000 guests. West End Events represents a rapidly expanding department within the Greenville Drive with ample opportunity for growth. A variety of events are hosted at Fluor Field each year, including but not limited to, corporate board meetings and functions, wedding receptions and rehearsal dinners, large community/city events, concerts, philanthropic events, and more.


Position Summary:  Media Relations Internship
This position will report directly to the Director of Creative and Media Services. The internship will begin in late April or early May and run through the end of the Drive baseball season. If the candidate is available earlier in the year, that is acceptable and preferred.


The primary responsibilities are to assist with:
This is a deadline driven position and applicants need to be very detail oriented. Ability to work nights, weekends and holidays during the season is also necessary.